Ice hockey could be part of 2017 SEA Games


PETALING JAYA: Malaysia will lobby for winter sports like ice hockey, figure skating, speed skating and curling to be included in the 2017 SEA Games here.

Youth and Sports Minister Khairy Jamaluddin believes that there is a huge potential for these sports to win medals as there’s a big following, a competitive league and athletes with international exposure.

He said that Malaysia’s ice hockey league, held at Sunway Pyramid Ice Skating Rink, was as competitive as those in the other South-East Asian countries. 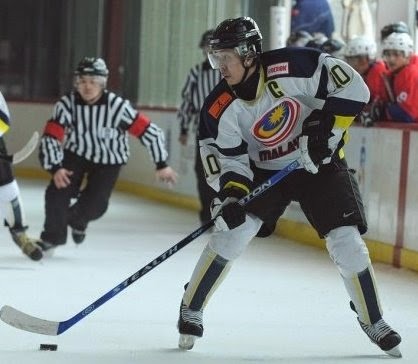 “Besides, several corporate sectors have started building ice skating rinks in Nilai and elsewhere in the Klang Valley,” said Khairy at the launching of the Malaysia Invitational Ice Hockey Tournament 2014 at the Sunway Pyramid Ice Skating Rink in Subang Jaya.

“There are even plans to build a rink in Putrajaya or Bukit Jalil. All these will be done within the next three years so as to give the players time to familiarise themselves with the venues.

“Winter sports are among the many sports that the Ministry is really looking at including in the 2017 SEA Games ... as they could win medals for Malaysia.”

Meanwhile, 200 athletes from Hong Kong, Singapore, Thailand, Indonesia, Philippines and Malaysia are taking part in six divisions – women, Asian, International, Under-11, Under-13 and Under-16 – of the invitational tournament.

The sixth edition of the tournament is organised by the Malaysian Ice Hockey Federation (MIHF).

Olympic events may comprise over half of 2017 SEA Games events

Kuala Lumpur: Olympic Games events are expected to comprise over half of the events to be contested at the 2017 SEA Games.

Olympic Council of Malaysia (OCM) honorary secretary Datuk Sieh Kok Chi said this was based on experience when Malaysia hosted the SEA Games in 2001.

"Of the 32 events contested at 2001 SEA Games, 22 are Olympic events while the remaining ten events are often contested at the Asian Games and SEA Games.

"In my opinion, the number of events contested at 2017 SEA Games will most likely be the same as that in 2001," he told Bernama.

Youth and Sports Minister Khairy Jamaluddin announced that Malaysia will host the 2017 SEA Games after the Cabinet meeting last week approved the proposal.

Earlier, National Sports Council (NSC) director-general Datuk Seri Zolkples Embong promised not to turn the 2017 SEA Games into a 'circus' by having ridiculous and irrelevant events.

The Malaysian contingent emerged overall champions of the 2001 SEA Games after winning 111 gold medals even without having to contest ridiculous events.

Sieh said a decision on the events to be contested at the 2017 SEA Games will be discussed by the SEA Games Organising Committee comprising the Youth and Sports Ministry, the NSC and the OCM.

"The events contested at 2017 SEA Games are popular sports in Malaysia.

We have no traditional sports such as kempo or vovinam except for silat which had been contested since the 1989 SEA Games.

"So, there is no problem if we list silat for the 2017 SEA Games. Based on experience, the events we list are not controversial."

SEA Games hosts had taken advantage of their position by listing traditional games as a means to win medals.

This caused controversy as the traditional games were not contested at major games such as the Asian Games and the Olympic Games.

Sieh also said that Myanmar which will host 2013 SEA Games in December had assured Malaysian ahtletes and officials not to worry about their safety there.

"This assurance was given by my counterpart from Myanmar whom I met during the Asean Sports for All Conference (in Putrajaya last month).

Several bombing incidents had occurred in Myanmar including at a luxury hotel in Yangon which hurt a United States citizen.

The 2013 SEA Games will be contested at several locations in Myanmar such as Yangon, Naypyitaw, Mandalay and Ngwe Saung. - Bernama

He said the NSC was also considering the Prime Minister Datuk Seri Najib Tun Razak's recommendation for Sabah and Sarawak to be chosen among the venues.

"We cannot announce the venues yet until they are finalised with other parties, including national sports associations and the Olympic Council of Malaysia (OCM)," he told reporters at the launch of the Milo Flame of Energy Initiative here, today.

Yesterday, Youth and Sports Minister Khairy Jamaluddin said the Cabinet had approved a working paper on the hosting of the Games.

Zolkples reminded national sports associations not to make unreasonable demands on improvements to the venues to bring the costs of organising the Games under control.

"Except for the construction of a velodrome in Nilai (Negeri Sembilan) which was approved in the 2013 Budget, I feel the others are unnecessary.

"It does not make sense to fork out a lot of money to improve sports venues just because we are holding the SEA Games," he added.

Meanwhile, OCM secretary-general Datuk Sieh Kok Chi said the OCM helped cutcosts when Malaysia hosted the SEA Games in 1965, 1971, 1977, 1989 and 2001 and urged sports associations to do their bit by controlling costs.

The Milo Flame of Energy Initiative is the continuation of the Milo Fuelsfor Champions organised by Nestle Malaysia to garner the support of Malaysiansfor athletes competing in the Myanmar SEA Games in December. -- BERNAMA

MALAYSIA are almost assured of hosting the 2017 Southeast Asian Games (SEA Games) and Asian Para Games, after a memorandum which was handed in by Sports Minister Khairy Jamaluddin at a cabinet meeting last week was approved.

“The SEA Games was supposed to go to Brunei in 2017 and then us in 2019, but Brunei have proposed to host the 2019 Games as they need more time to get things prepared.

“The SEA Games Federation then approached us and gave us a choice to host it two years earlier and we did not turn down the offer. When I approached the cabinet, they were quick to respond and after the Olympic Council of Malaysia (OCM) sends in a formal letter, everything should be finalised,” stated the young minister.

Khairy has also assured the cost of hosting the Games two years earlier will not be an issue as Malaysia have all the facilities needed to run the sports competition.

“I’ve put the cost into consideration and we will not build any new facilities apart from the velodrome in Cheras.

“We will upgrade some facilities - this way we will save on the cost of hosting the SEA Games,” added Khairy.

The Rembau Member of Parliament (MP) is also considering to include Sabah and Sarawak in his hosting plans.

“Cost is the main factor to bring the Games there. Sarawak have a world standard aquatic centre and all aquatics events could be hosted by them,” Khairy said.

The Langkawi Island will play host to sailing, while track cycling will be contested in Nilai and road cycling in Johor Baru.